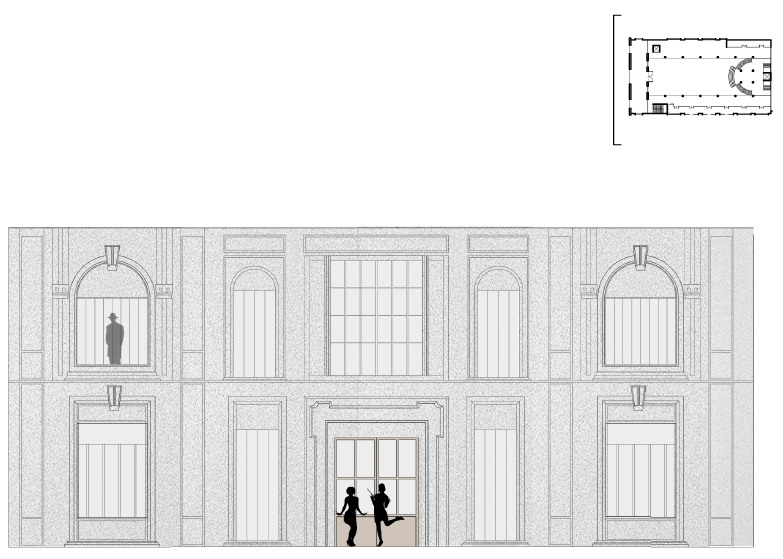 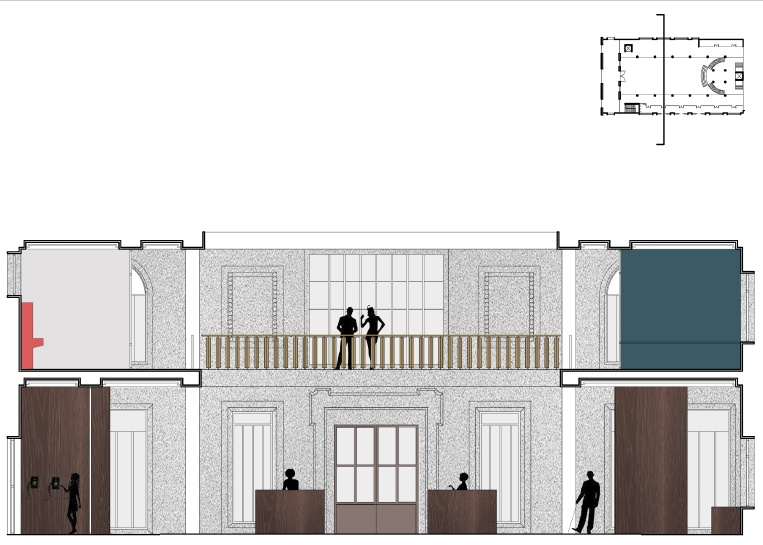 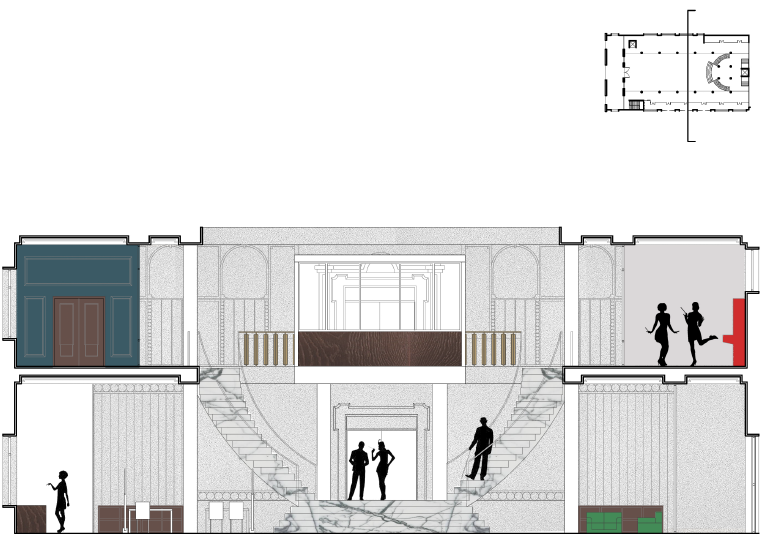 The project is setting in the thirties, particularly in the Compañía Telefónica Nacional building of Spain. We count with a television set of 1136 m² of real useful area and the set is built in 800 m². This decoration count with a large hall with two areas: one of attention to public and the other of rest. Also, you can see a monumental imperial staircase at the end of the hall that led to the first floor, in which you can find offices, the operators’ room and the director’s office. 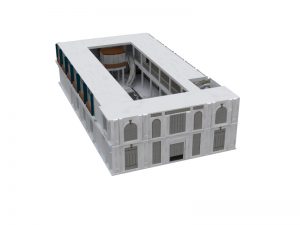 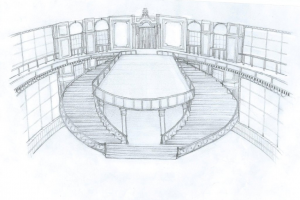 We have wanted to generate a set that includes various architectural styles, from the classicism via the renaissance to the art deco. All of them integrated in the same building through the different rooms.

The architectural disposition’s main intention is to create from the entry a general view of the hall. Also, we intended to permit the general observation of the hall from the director office, situated over the imperial staircase. That way, the director has a direct view of his employees. Furthermore, the long corridors of the first floor provide more points of view.

The operators’ room placed in the first floor along the right corridor. This room counts with twenty telephone switchboards that we designed as requirement for this project. Furthermore, the hall-facing wall is made of glass and also provides the perfect view of the employees from outside.

Regarding to access areas to the first and ground floor, we built two elevators and various access stairs. One elevator is situated near the entry while the second one is in the back wall, being more exclusive because is placed closed to the imperial staircase and the director office. About the stairs, we placed one of them in the opposite side of the elevator at the entry and, the second one is the imperial staircase situated in the center of the back hall.