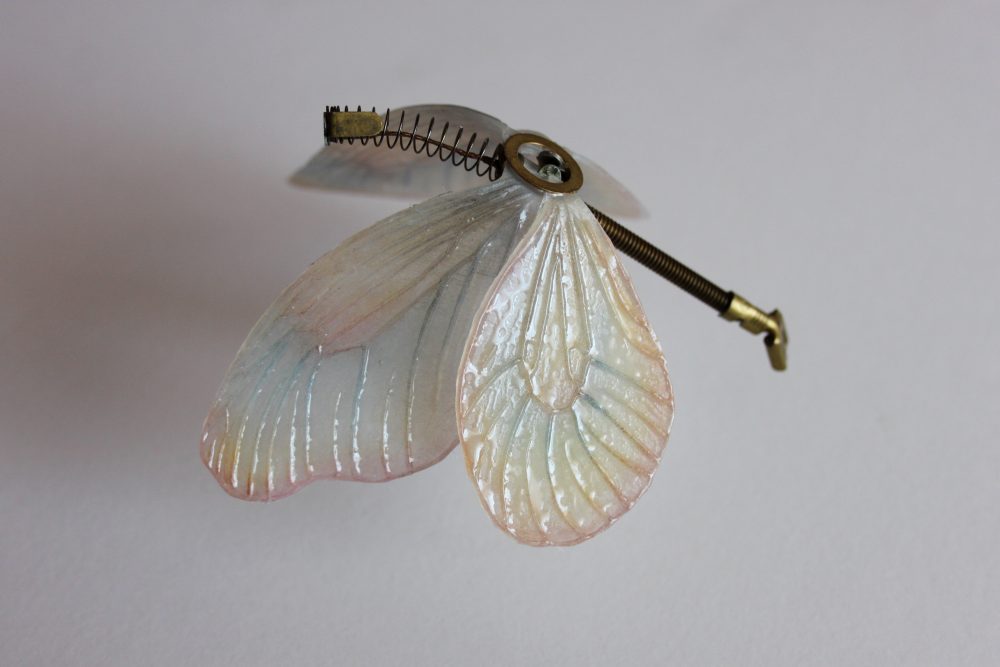 The subject of this post is a sculpture project that I develop during my last university’s year and that I have been taken up at the end of the last year. In addition, I have had the opportunity to participate in a collective Christmas Exhibition in the Eka & Moor Art Gallery the last December. This project aims to create a collection of small artworks connected with a particular topic. Furthermore, I attempt to transmit a message to the viewers through the art and culture.

I’m going to divide this post into three parts that are the followings:
First of all, I will talk briefly about the concept that I chose and the research that I did before the art creation. Secondly, I will show you how I materialized the idea and which were the bad points and good points on this process. And finally, I will go on the analysis and the conclusion after all this investigation.

Let’s start with the first part of this project. The main idea is to show the similarities between humans and insects. How they are small and fragile living beings if you compare them with their population in the world. And how they are linked to the technological evolution in our environment.

For example you can see this on the way in which insects are disappearing of our world, or on the manner in which people are increasingly dependents of computers and mobile phones. The following quote summarize the concept of this project:

Now we’ll move on to the research process. First of all, I studied the anatomic body of several insects and I looked for different artists that had addressed this topic before. Then I found some entomological images of insects that detail their anatomic form. And I discovered artists that use different materials in their works.

Translated into a sculptural process. I decided to make a list of possible materials that will serve as part of the insect body. While some materials conform the real and natural body, others set the surreal and technological body. You could see this in the following connections:

Therefore, I decided to eliminate some materials that I have used before because, they didn’t gave me the qualities that I was looking for. So finally, I chose the silicone and the screws.
Why did I made this choice?
The reasons for this choice are the fact that the silicone provides to the wings his real aspect of transparency and softness. And the brass screws represent the mechanical body with a rough and hard appearance.

In conclusion, the significance of this project is to get the viewer aware of the upcoming evolution in his environment. And the best way to communicate this values to the society is via an art exhibition. 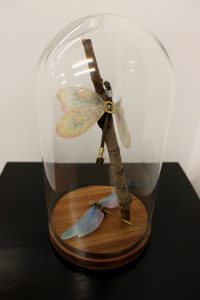